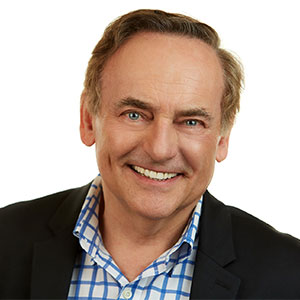 David (67) is the founder and CEO of Quigler. He is the author of three books (two award-winners) on listing and marketing real estate and for the past 10 years has been operating Power Marketing, Inc., a consulting, coaching and advisory service for real estate agents. In 1996 he brought the Coldwell Banker franchise to Manhattan and married it to a small firm with $60M in sales, growing it to almost a billion dollar in sales by August of 2008 and making it one of the 15 largest Coldwell Banker franchises out of 2000 worldwide. While in New York City he was the founding President of the Manhattan Association of REALTORS (now part of the Hudson Gateway Association) and was a founding President of the Manhattan Multiple Listing Service, the first MLS and the first REALTOR Association ever in Manhattan.
While at Coldwell Banker, he was awarded the prestigious “Q” (Q= “quality”) award by Coldwell Banker. In January of 1996 David was named by Today’s Realtor magazine as one of the Top 10 Realtors in the United States and was singled out for his experience and expertise in international real estate. He has been named one of the “100 Most Important People in Real Estate” and was named one of “The Top Ten Newsmakers in 2008” by RealTrends along with Secretary of the Treasury Henry Paulson and Federal Reserve Chairman Benjamin Bernanke. He was Chairman of the International Operations Committee for the National Association of Realtors (“NAR”) and was the Regional Coordinator for the Asia/Pacific region for the President of NAR.
Two of his three books have received Pinnacle Book Awards and all three have received FIVE Stars from Clarion Independent Reviews and on Amazon.com. He has appeared on CNBC’s “High Net Worth” with Tyler Mathiesen, Consuelo Mack’s “Money Talk,” on CNBC’s “Opening Bell,” “Squawk Box” and “Closing Bell”, MSNBC, NBC’s “Today Show”, CNN, PBS and in hundreds of publications worldwide.
David graduated from Colgate University in 1973 cum laude with High Honors in political science and attended graduate school in political philosophy at Boston College completing his doctoral examinations with Highest Distinction.
Afterwards he became a barteder, ski bum, writer for SKI Magazine and then went into real estate because his mother-in-law told him that if you fail at everything else you can always do real estate. Since then he has been trying to raise the standards of the profession and Quigler is the result of 40 years of those efforts. He has two children and resides with his wife, Linda, in Greenwich, Connecticut.