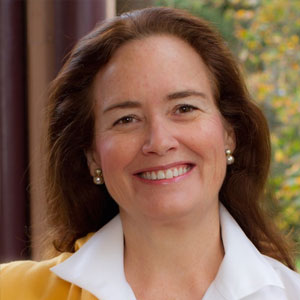 Linda is co-founder of Quigler and has been a practicing real estate agent for 40 years, earning a place among the top 2% of the agents in the U.S. At Quigler she is involved with everything, especially how the app works for agents (like her) and for consumers (like her clients). She is passionate about everyone having a good user experience and works daily with our developers to perfect the user flow.

And she is not only one of the largest investors in Quigler, she is also David’s wife. As such she provides what an entrepreneur needs most, someone who can help bring stability during the often breathtaking emotional highs and lows of starting a new company. She helps to keep David calm. She assures him it will be alright. When he stumbles she helps to stabilize him (and contrary to rumors he has spread, he does stumble). Sometimes he even falls and for 40 years, she has always been there to pick him up, dust him off, polish him up a bit and send him back into the fray so we can think he’s as perfect as he tells us he is.

Besides being Quigler’s quality control department and helping to keep David sane, she also works with Ed Giardina on our accounts receivable and account payable, keeps track of all the shareholders’ paperwork, puts out Quigler fires and helps to raise the funds Quigler needs.

Meanwhile, she is also the mother of two great kids, Katie and Michael. She volunteers to manage over 70 ushers as the Head Usher at Christ Church in Greenwich, is a member of its Worship Commission, just retired as a member of its Vestry, and is a member of numerous task forces for the Church. In sum, she is the noble tolerator of an entrepreneur husband, the supporter of just about anything that has to do with dogs, horses or Christ Church and is an accomplished real estate agent in her own right. She gives credence to the belief that a mother and wife when also a business-woman is probably the world’s best time manager.

As if all she does daily were not enough, she co-authored (with David) the award-winning book, “Get Your Highest Price,” the definitive guide for consumers about what their agent should be doing to get a seller the best price. That book was the inspiration that has now resulted in Quigler.